Back in 2006, when I first started photographing graffiti, I thought it would be interesting to get some kid's toys and photograph them amid the gritty territory I was exploring. So I bought two, a plastic model of Gojira (Godzilla in America), which promptly became Gojochan, and a hot-pink plush bear, Sparkychan. Here's some stories about their life: The Collected Adventures of Sparkychan & Gojochan (Thus Far). I've posted some photos of them below. 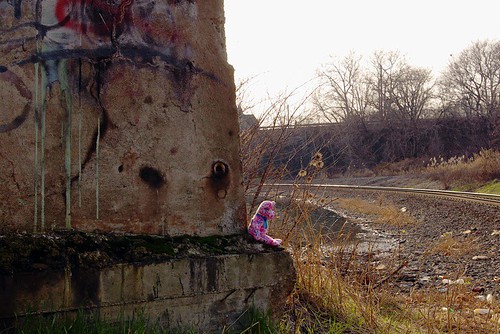 Sparkychan meditating on the awesomeness of existence. 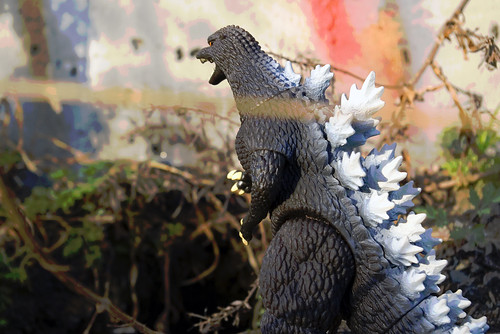 Gojochan raging against the dying of the night. 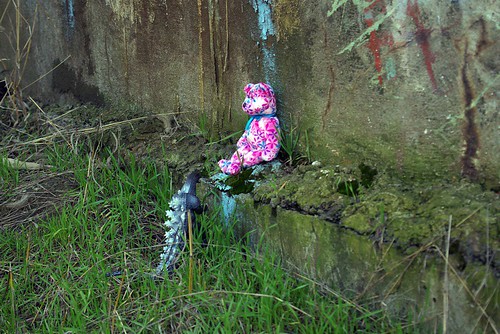 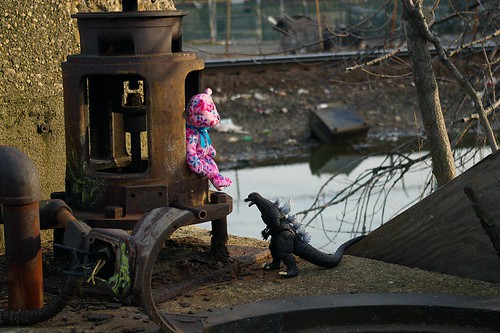 They talk of many things, including the decay of the urban infrastructure. 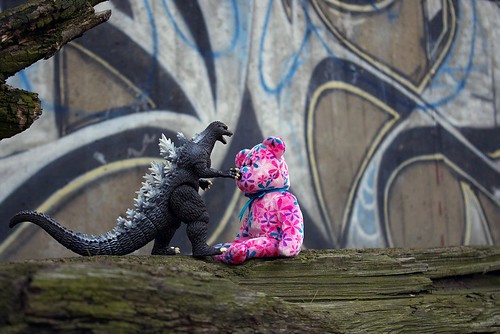 They can read the writing on the wall. And it says, "get out while the getting's good." 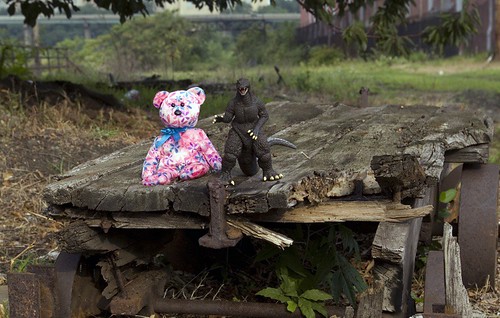 And so they hopped on the next trolly, and boggied on outa' there. 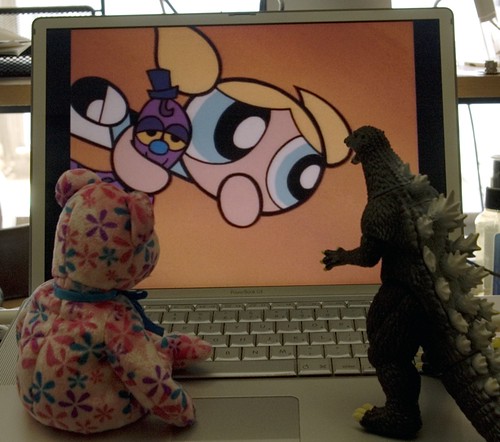 They went home watched the Powerpuff Girls and had cookies and tea, like civilized people do. Such fun!

The End
Posted by Bill Benzon at 7:15 AM